COVID-19 UPDATE - An Important Message to Lakeside Bank Customers: In the interest of safety for the employees and customers of Lakeside Bank, our branch lobbies will be closed, effective June 22, 2020. In order to continue to service customers, our drive-thru windows will be open from 8:30 am - 5:00 pm, M-F. If you need to meet with a banker, please call your local branch to schedule an appointment. 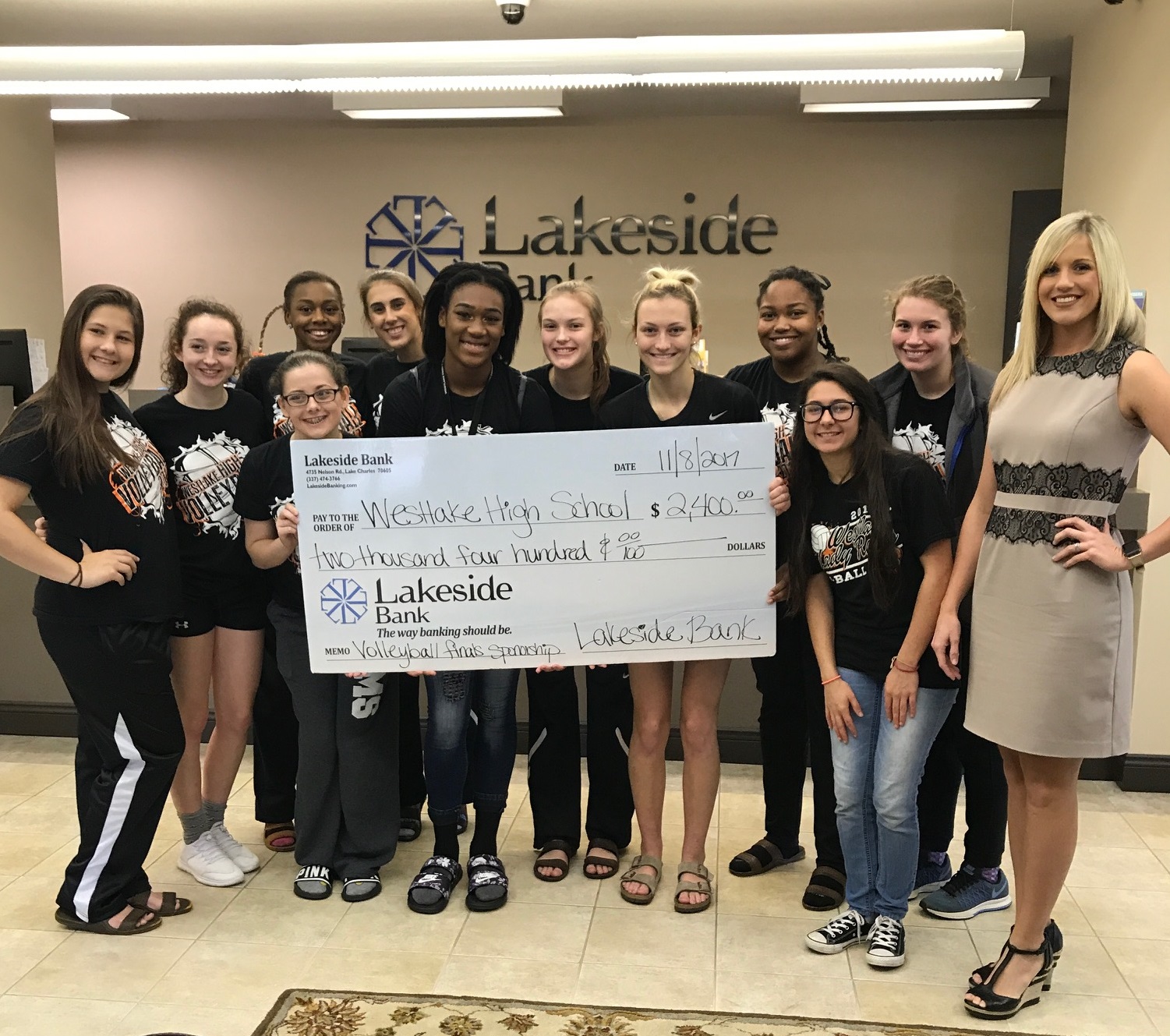 Forty teams across five Divisions competed in the three-day tournament for the state championship title. Lakeside Bank proudly sponsored the Westlake team as they competed in the State Finals.

Lakeside Bank President and CEO Mike Harmison said, “Lakeside Bank is proud of the Westlake Volleyball team and their accomplishments under Coach Gloria Fontenot. The team played hard as they represented our community during the state finals, and we congratulate them on a great season.”

Email Us
Some content requires Adobe Acrobat Reader to view.